From Parlour to War – Part 2 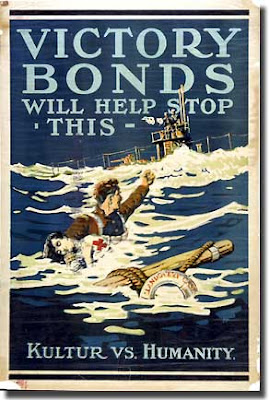 “She explained in words suitable to my innocent ears that wounded soldiers, so long starved of women, inflamed with wine and battle, ravish and leave half-dead the young nurses who wish only to tend them,” Lady Diana Manners reported of her mother’s reaction to her wanting to become a Voluntary Aid Detachment (VAD) nurse during WW1.  The Duchess gave in, but “… knew, as I did, that my emancipation was at hand,” Diana wrote in her memoir, The Rainbow Comes and Goes, and admits, “I seemed to have done nothing practical in all my twenty years.” Nursing plunged her and other young women into a life-altering adventures.

But they also had to endure incredible hardships, especially near the battlefields. Makeshift hospital cities of tents or wooden huts, accommodating as many as 2000 patients, stretched along the north coast of France for almost 300 kilometres. There was no running water, rats scurried about under the beds, and the tents sometimes collapsed in fierce gales that howled off the English Channel in two of the coldest winters in living memory.

Wounded often streamed into these base hospitals filthy and crawling with lice. One VAD, after two weeks of unending work, discovered that she had “collected some of the notorious ‘grey-backs’… when I was brushing my hair, and I was so exhausted that I just collapsed in tears. It seemed the last straw.”

The British nursing Sisters and VADs abroad were also under strict regulations. They were forbidden to fraternize with men when off-duty, including their co-workers. One girl wasn’t even allowed to go for a walk with her father, who was a General! Nor were they permitted to dance, although the neighbouring Canadian and American nurses were, which caused some resentment. (The Canadians, however, resisted using VADs in overseas military hospitals, so Canadian volunteers usually worked for the British.) But when they did have time off, the girls would walk many miles or hitch a ride (also strictly forbidden) to nearby seaside resorts for a good meal. With military encampments all around, there were always plenty of dashing young officers only too happy to join them. Not that there was much opportunity for romance, since the men were constantly on the move.

It was different for nurses working in Britain, where patients usually stayed in hospital for many months. With gramophones in the wards crooning sentimental songs like “If You Were The Only Girl in the World”, what could be more natural than for young women to fall in love with the grateful, adoring, and heroic young men they tended every day? Any sign of romance within the hospital was squashed, but there was nothing to prevent girls from seeing convalescent soldiers in their free time.

But days off and leaves were often postponed or cancelled.  Overworked, exposed to harsh conditions and food shortages, surrounded by men with typhus, dysentery, meningitis, etc., many nurses became ill. While Sisters wore rubber gloves when doing dressings, VADs didn’t. Constantly dealing with festering wounds, girls often ended up with septic hands, which needed lancing and left them with scarred and “stupid stiff fingers”.

And there were other dangers. Hospital ships were torpedoed, and air raids on both France and England sometimes hit hospitals. With shells bursting around them, nurses helped patients to safety or stayed with those too ill to move. Over 50 Canadian nurses lost their lives to disease and enemy action, of which 6 were VADs. The sinking of the Canadian hospital ship, the Llandovery Castle, in which 14 nurses died, is dramatized in the poster shown above. Ironically, the Sister is wearing a VAD uniform, although there were no VADs aboard.

There was often friction between the Sisters and the volunteers. Career nurses were concerned that their profession was being undermined and diluted by these do-gooders. The VADs, unused to military or hospital discipline, were independent spirits who questioned “ridiculous” rules, and resented being treated like servants.

Very few VADs sought work as nurses after the war. Like the soldiers, they had just been doing their patriotic duty. But they benefitted from their hard-won independence, many going on to successful careers in other fields. One of the most famous was Agatha Christie, whose job dispensing drugs provided her with information about poisons, which she used in her mysteries.

Very Artful Darlings, Very Able Dusters, Victim Always Dies – VADs were called many names, but no one denied that these volunteer nurses became invaluable in the care of the millions of wounded.
I pay homage to these intrepid women in Elusive Dawn.
Posted by Gabriele Wills at 11:09 AM